This ESP8266-based project runs a simple web server with 1 page to control an 8×8 LED monochrome matrix. It is powered by USB, and portable, as it uses the WiFiManager library to connect to any available wifi network. It allows you to control the LED matrix from a browser on a phone, tablet, laptop. 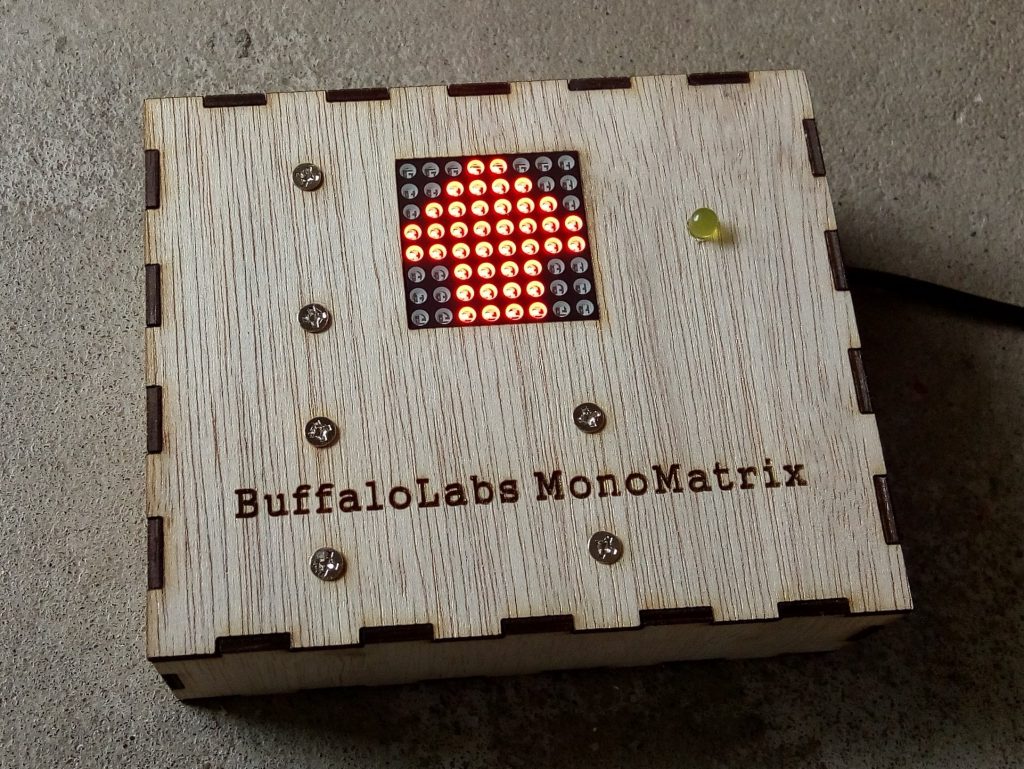 The web single page looks as below and allows to: 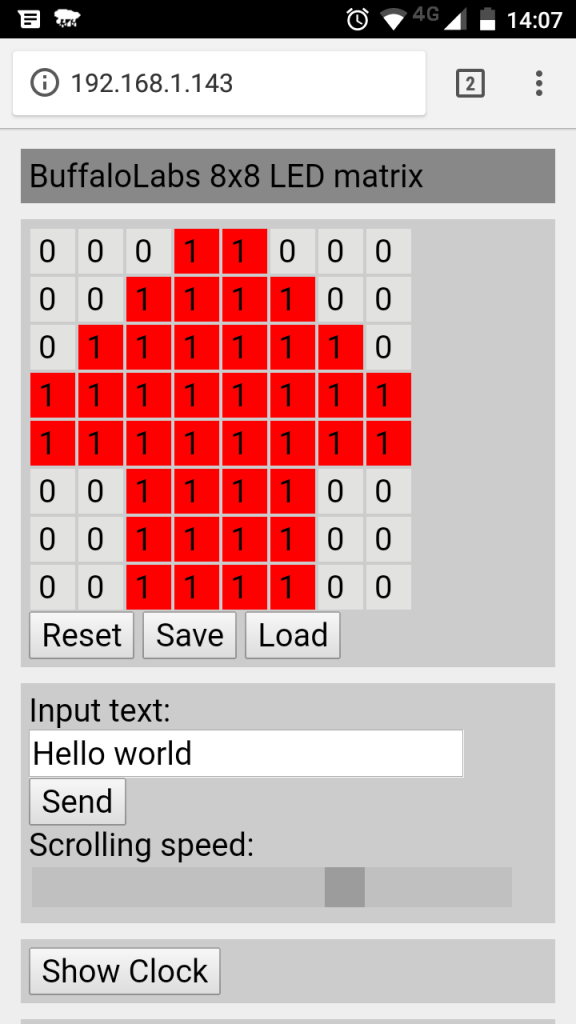 The hardware is fairly simple: 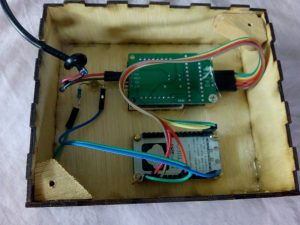 The code is a bit more work, combining several elements of other people’s work:

Here’s a little video that shows the startup. It displays the image previously saved in EEPROM, then attempts to connect to the last knows wifi network. When not found, the yellow LED remains on, and it launches an access point to setup the connection (WiFiManager).

Once it connects to the wifi network, it shows a welcome message, and the IP address of the web server. Then briefly the saved image, and then the BCD clock, showing the time 13:54 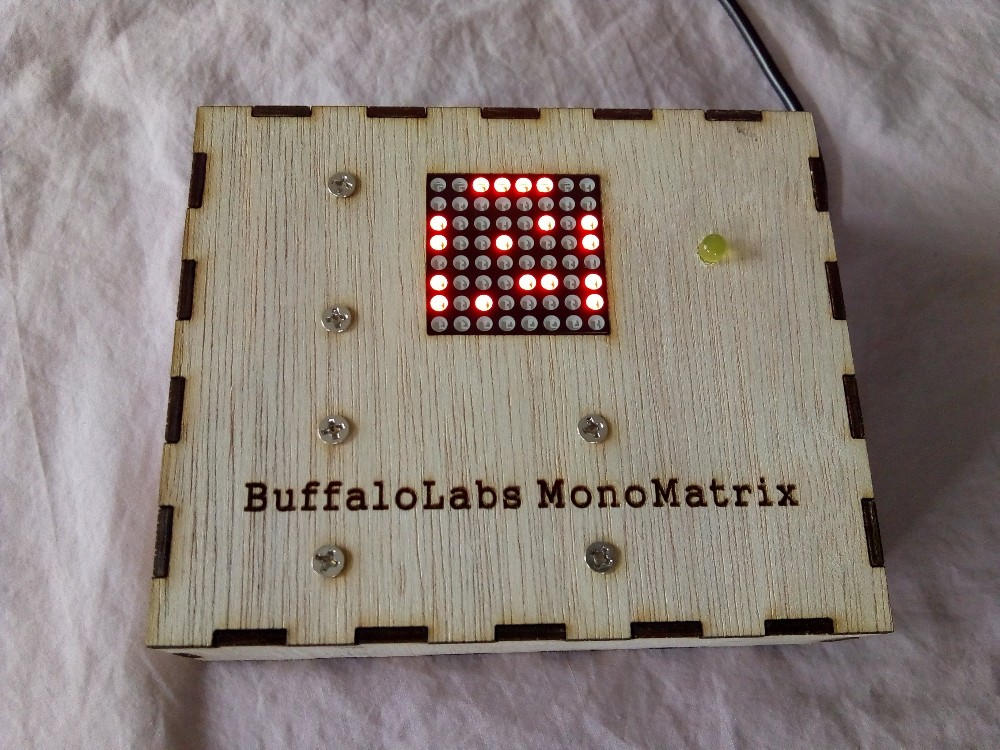